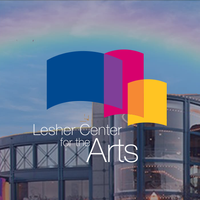 Amber will perform in downtown Walnut Creek as part of the Lesher Center's outreach event series.

Cambria Concerts Unplugged ***Please Note: AS OF NOW, TO ATTEND THE INDOOR CONCERTS, YOU WILL NEED TO SHOW PROOF OF COVID-19 VACCINATION AND YOU MUST WEAR A MASK AT ALL TIMES INDOORS We will be adhering to all Covid-19 mandates at the time of the performances.

$40 pp This ticket cost of this concert reflects the financial need of The Old Santa Rosa Chapel at this time.

Savage on the Downhill was produced by Ray Bonneville and features Gurf Morlix and Tim O'Brien.

"As the daughter of a minister and a piano player, Amber Cross’s album, Savage on the Downhill, has the unadorned ferocity of a New England preacher and the straightforward clap of an upright. Her style is plain country that’s indebted more to Loretta Lynn and the old southeast open-throated country singers like Roy Acuff, than the slip note heritage of Lefty Frizzell. So austere is the instrumentation, in fact, that the songs themselves need to shine. And shine they do. Like gold flecks in a creek catching your eye Ms. Cross’s songs are the glittering and hard scrabble vignettes of country people living their lives. They call to mind the roughhewn, yet tender songs of Jim Ringer and the short stories of Annie Proulx . To steal from Ivan Doig, she’s a “lariat proletariat,” but watch out, the album will break your heart." Seattle's KBCS's Music Director and Music Host, Iaan Hughes.

"Amber Cross has created a record that is rich in authentic wonders. It is cleverly varied, deftly produced and performed with such fervour and emotion that is just breathtaking." Mike Ritchie, FATEA

"It is Cross’s voice (and songs) that are the heart of the album. She has a distinctive raw-boned voice that has distinctive phrasing and clear diction." - Stephen Rapid, Lonesome Highway

"Cross's country is not country music, a manufactured entity, but an authentic rural sensibility, which you can't fake though many have tried." - Jerome Clark, Rambles.NET

"Savage on the Downhill by Amber Cross: stark, evocative country. The ache in Cross’s voice is something you find in every song, which is part of what makes this album so powerful.” – Gary Schwind, AXS

"There’s a roughness about “Savage on the Downhill,” that can only come from survival” – Laura Bauer, Wide Open Country

"Amber Cross conveys her plainspoken lyrics with vocals just as unembellished and to the point.  The end results are consistently “grow-on-you” fare and in the case of the compelling title track, lyrically haunting." - Duane Verh, Roots Music Report

“Love the no-bullshit style of singing!”

“Amber Cross has got her Savage on the Downhill. She knows how to use it, and she's not afraid. Do not take this lightly.”

“What can I say about Amber Cross but that she will knock you over! Amber takes no prisoners!”

In the dry winter of 2015 I drove to Elko, NV, for the National Cowboy Poetry Gathering. I was curious if my songs might find a home in the western music scene. One afternoon I heard Chuck Hawthorne perform and I was so moved by his singing and words that I introduced myself and we exchanged cd's. On my drive home to California listening to Chuck's album Silver Line I started getting ideas. Produced by Ray Bonneville, there was a sound in there that I could clearly hear behind my songs.  I called Chuck the next day and asked if he would pitch my music to Ray? "Yes," he said. He would.